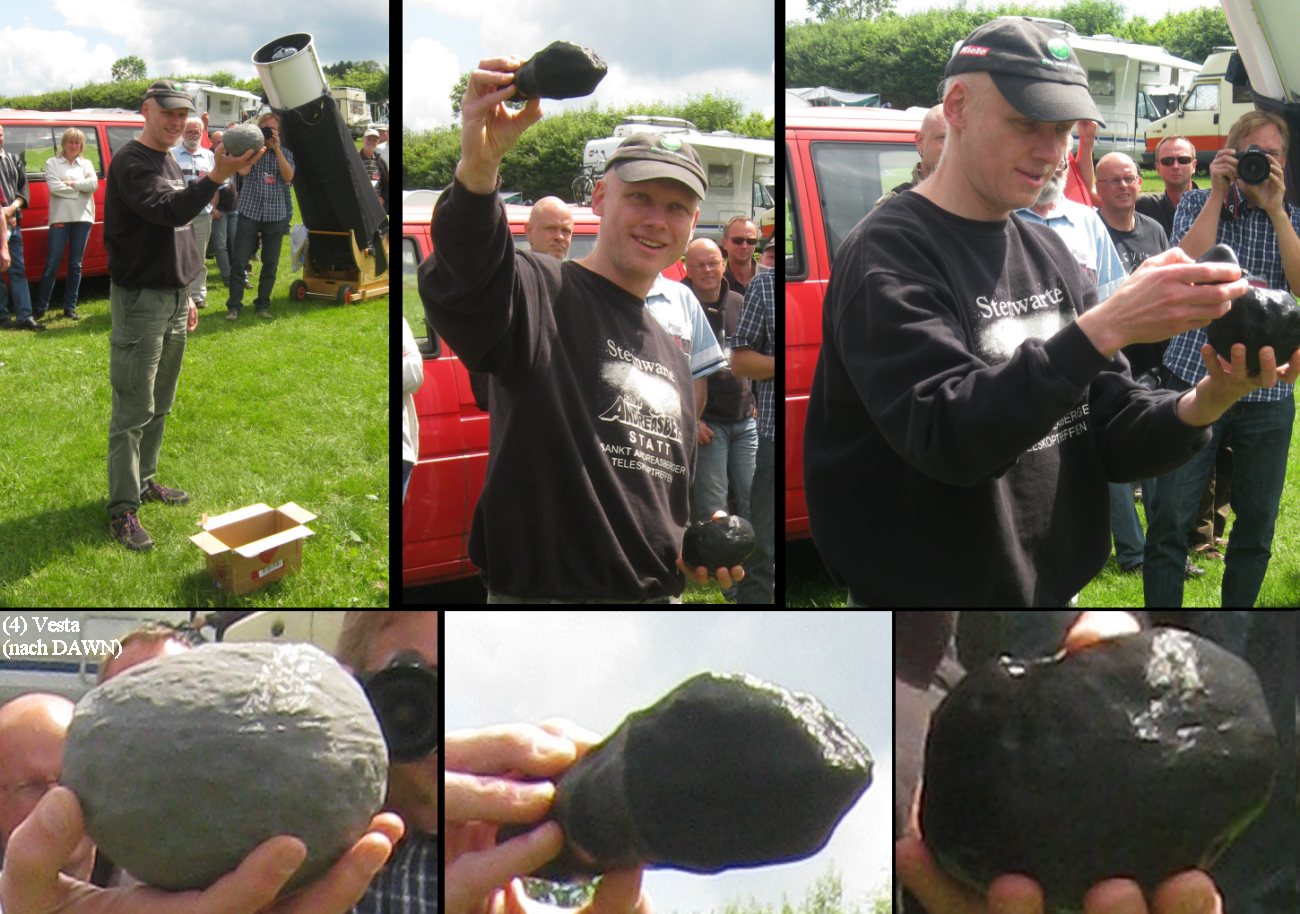 With an Internet-tool it was possible to transfer the DAMIT-*.OBJ-Files into a STL file which is used for modern 3-d-printer. Michael was so kind to produce a first Metis-Globe for me. 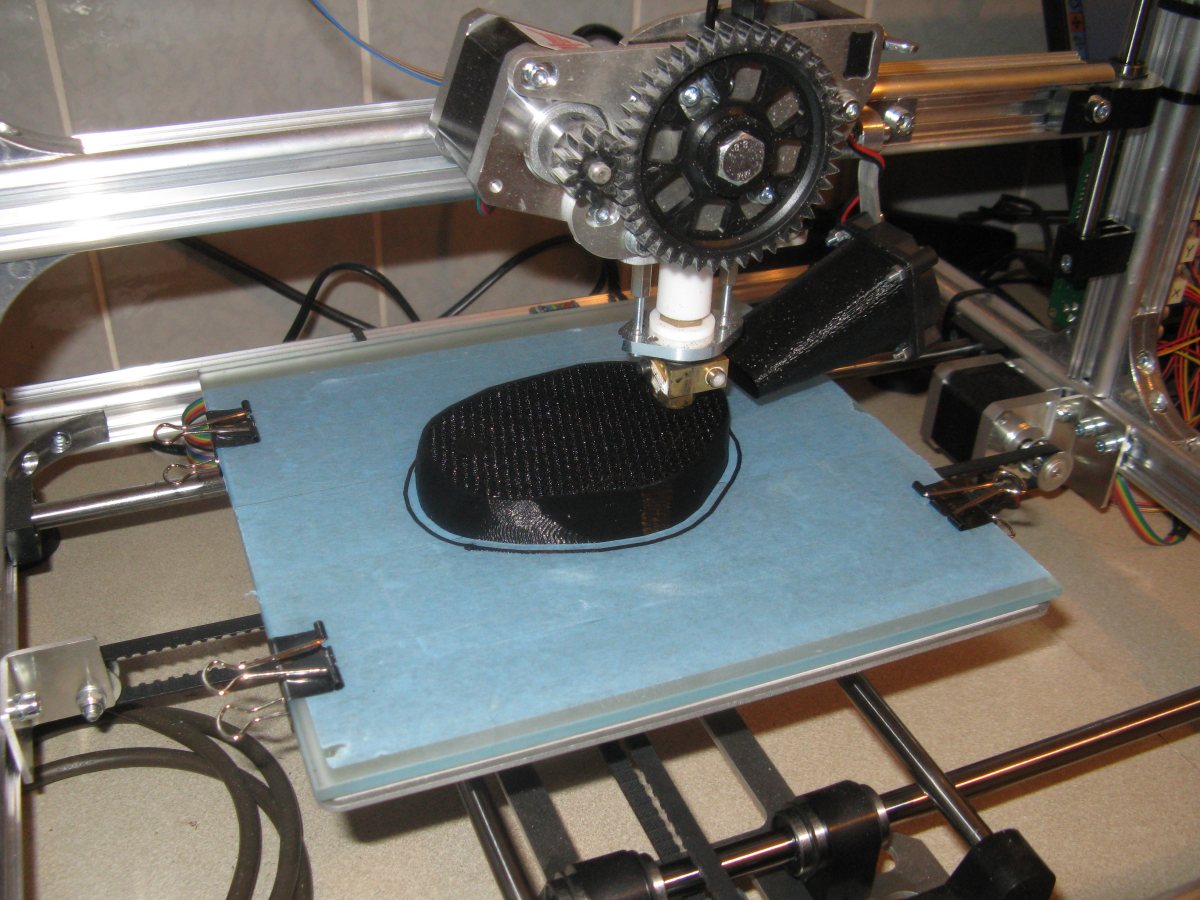 The printing was made in 2 parts... 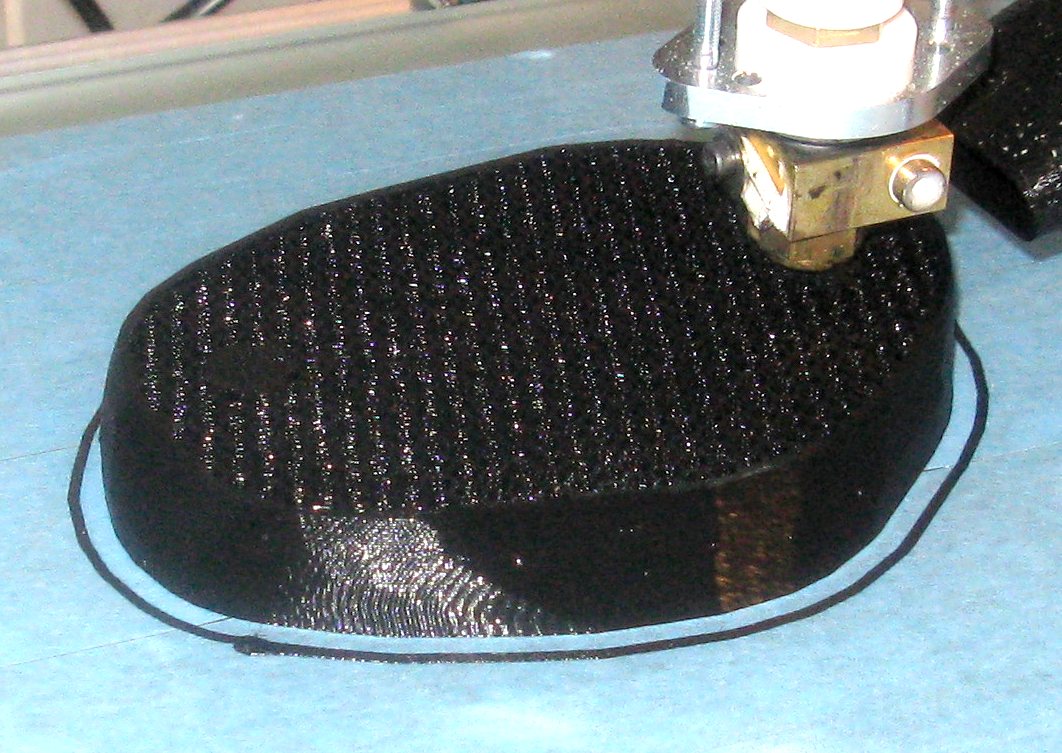 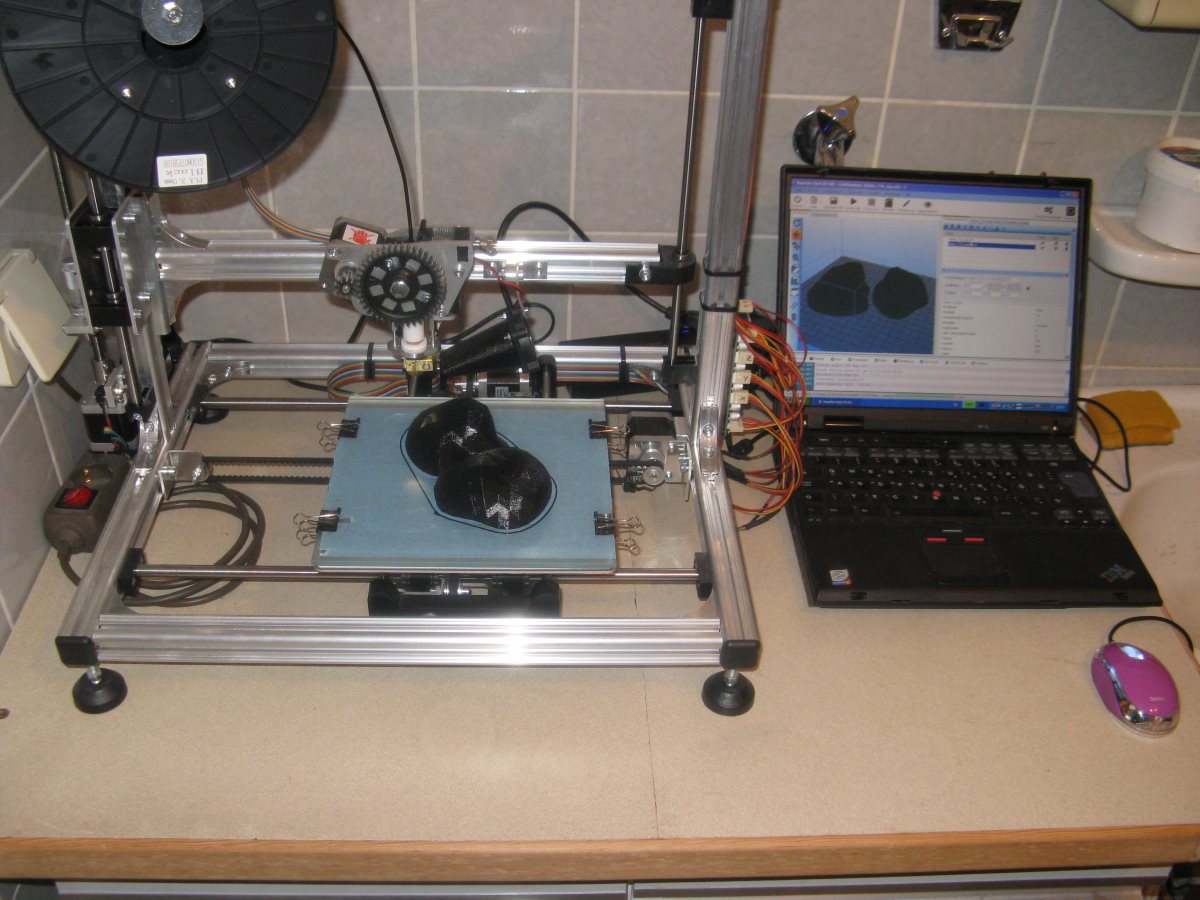 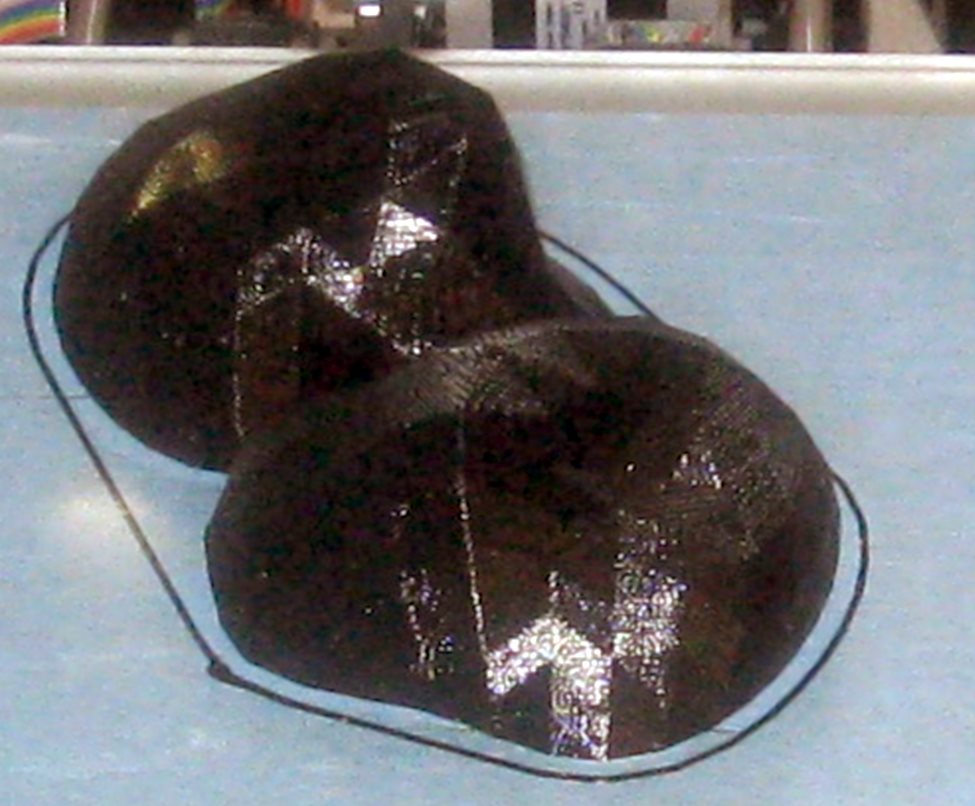 ...which are fit together with some glue. 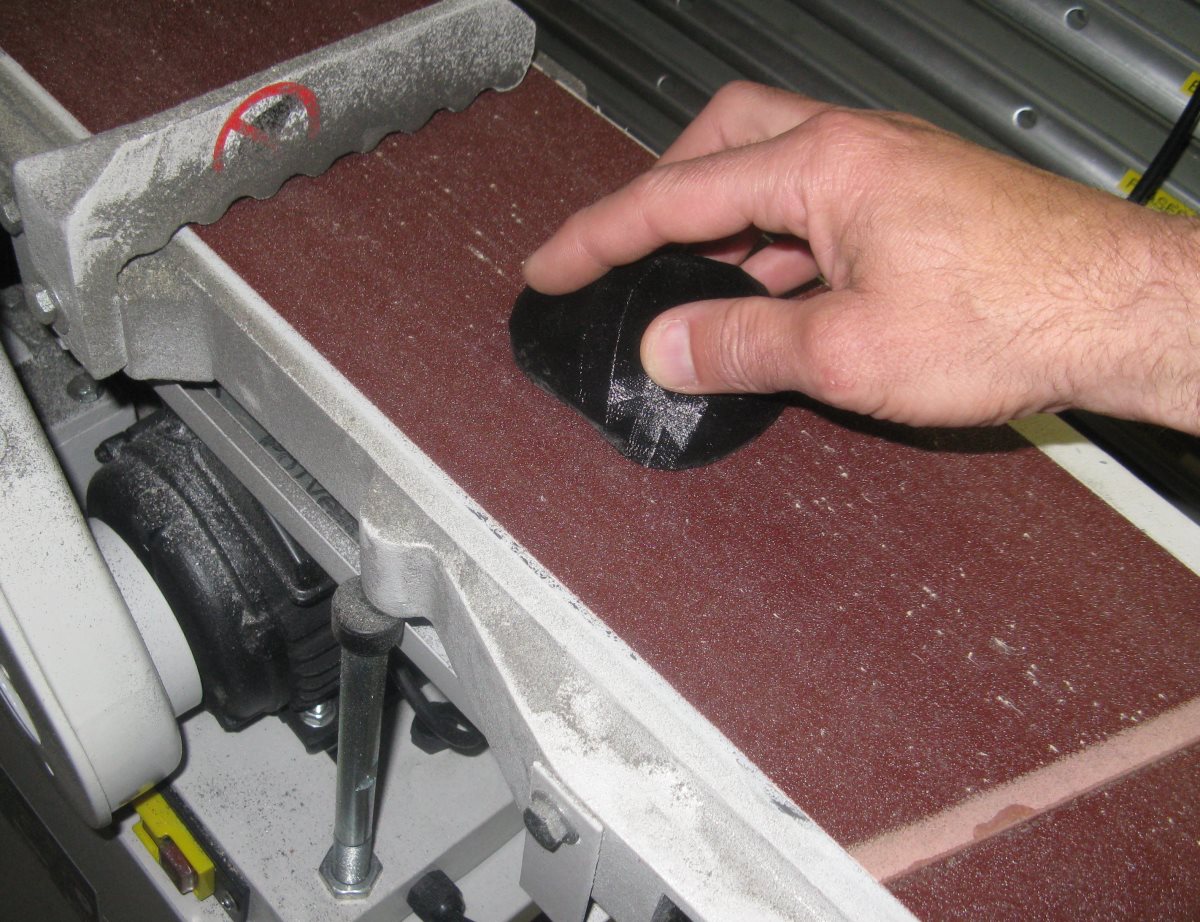 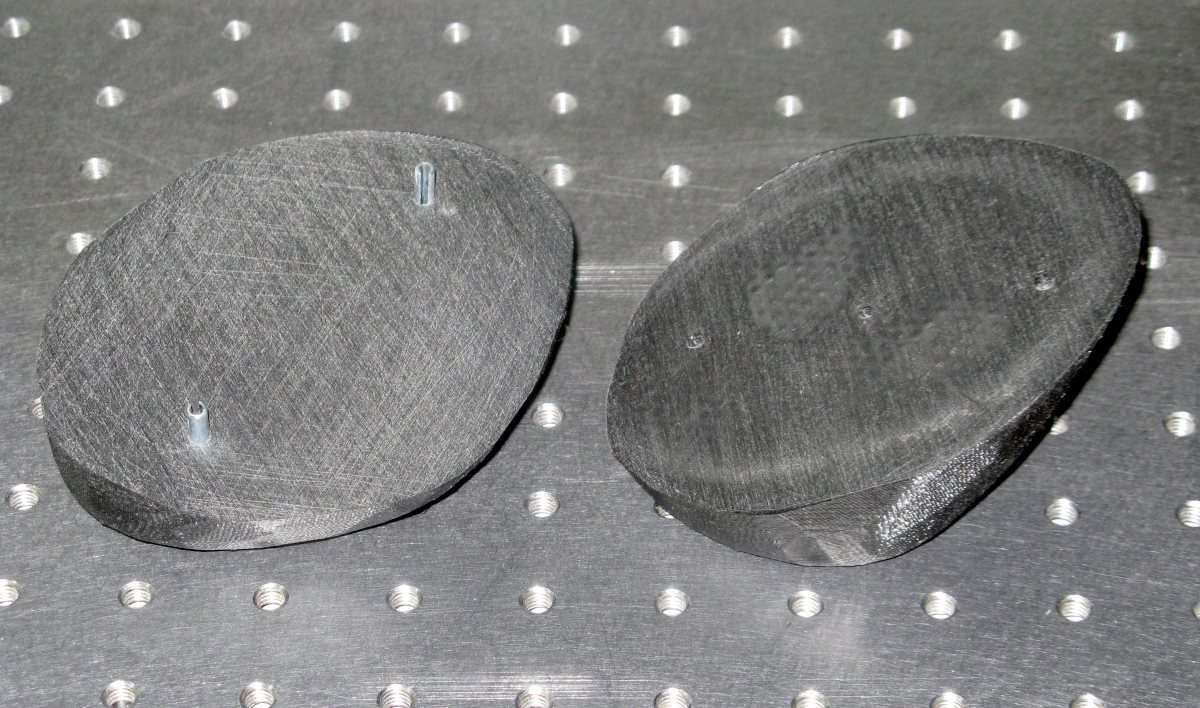 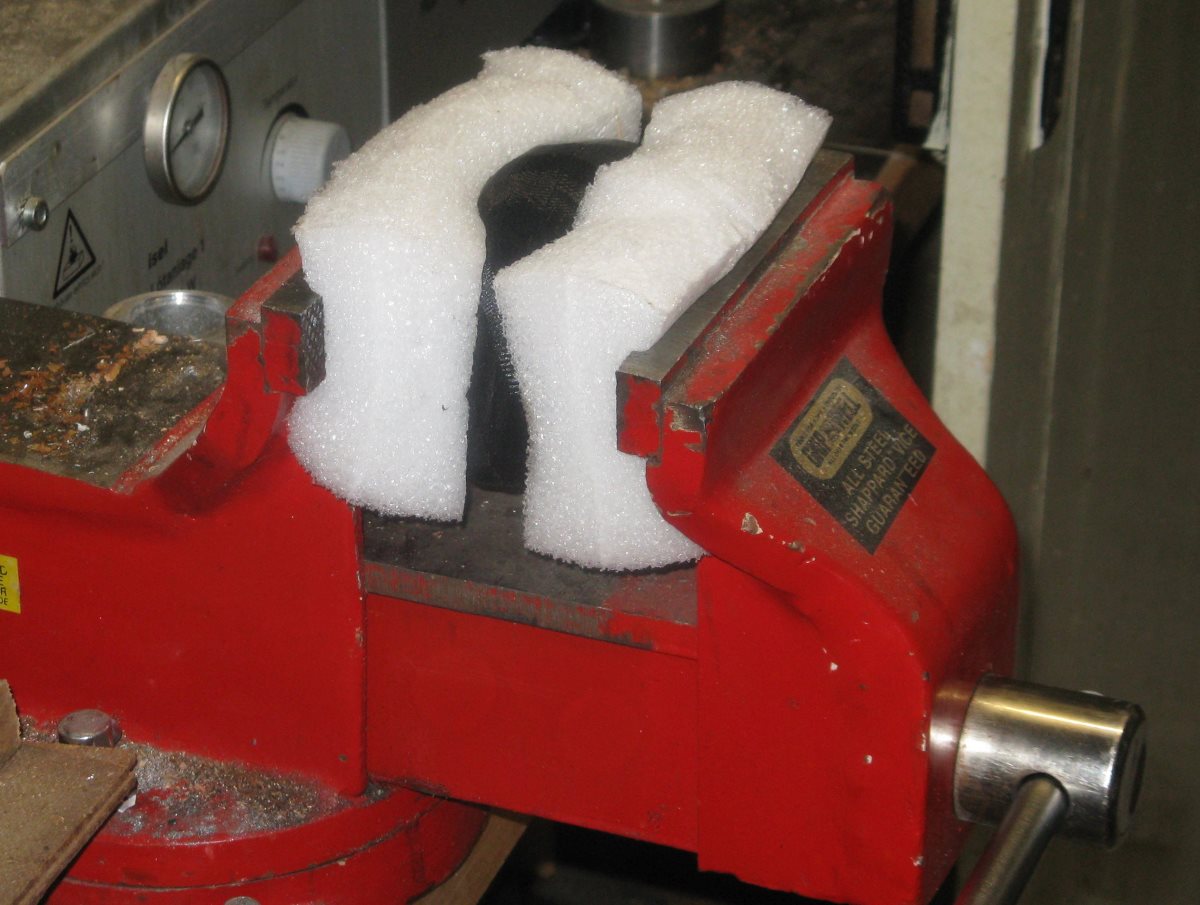 He produced 2 Metis-Globes. A convex and a non-convex modell

Interesting is a look back into the history of globes, to see some mile-stone.
The first globe is manufactured by Martin Behaim in the year 1493. Today it is a showpiece in the German National Museum. A statue in Nuremberg shows Behaim together with his globe. 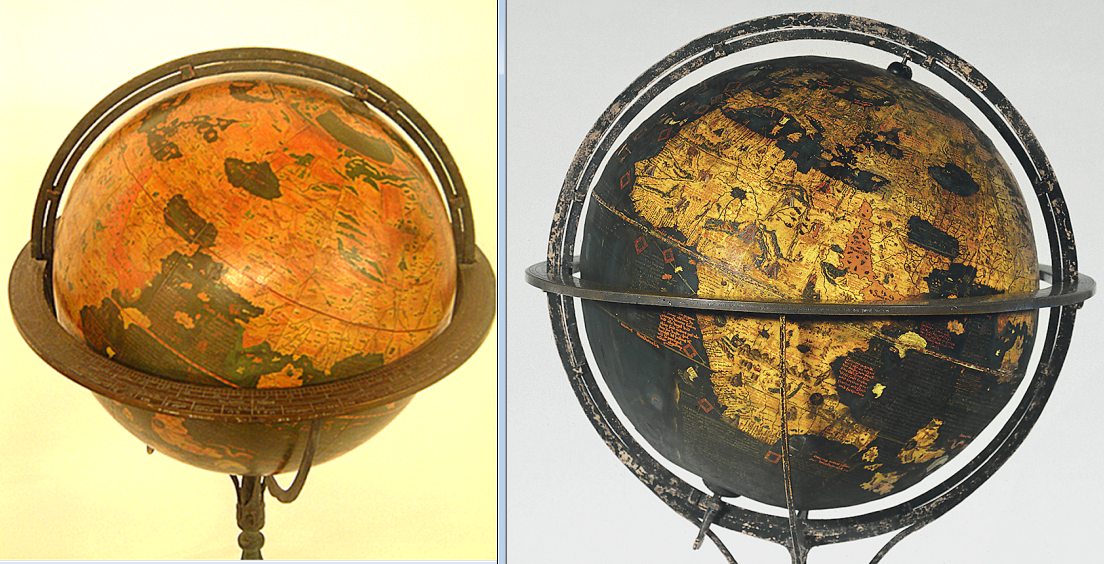 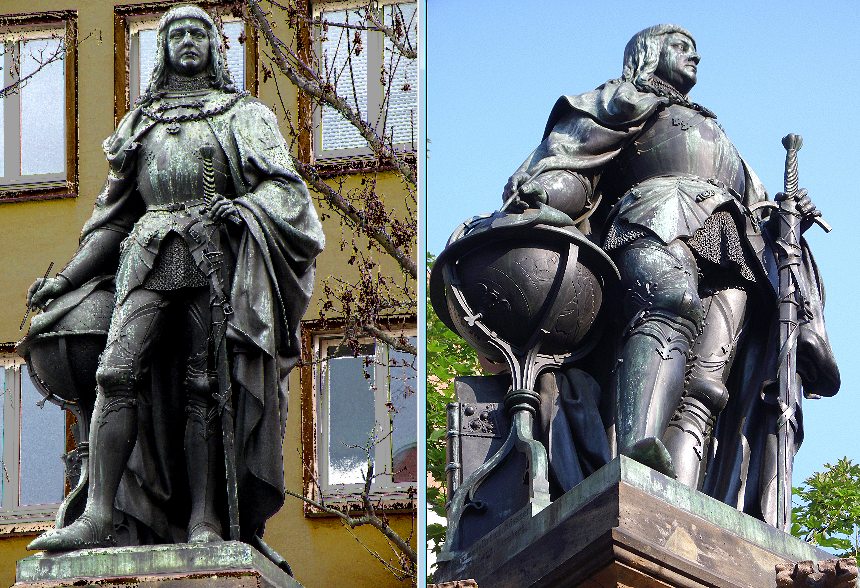 The first Globe of an other planet was presented at 6.11.1830 by Maedler & Beer. The globe had only a diameter of 8cm. The prussian king visited the presentation!

The globe is destroyed. But the maps still exist. 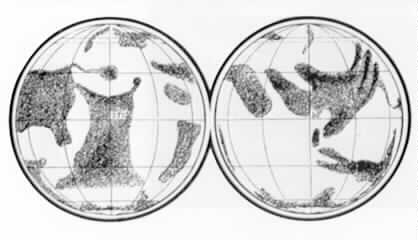 Maedler got no statue, but a street in Hannover take his name. 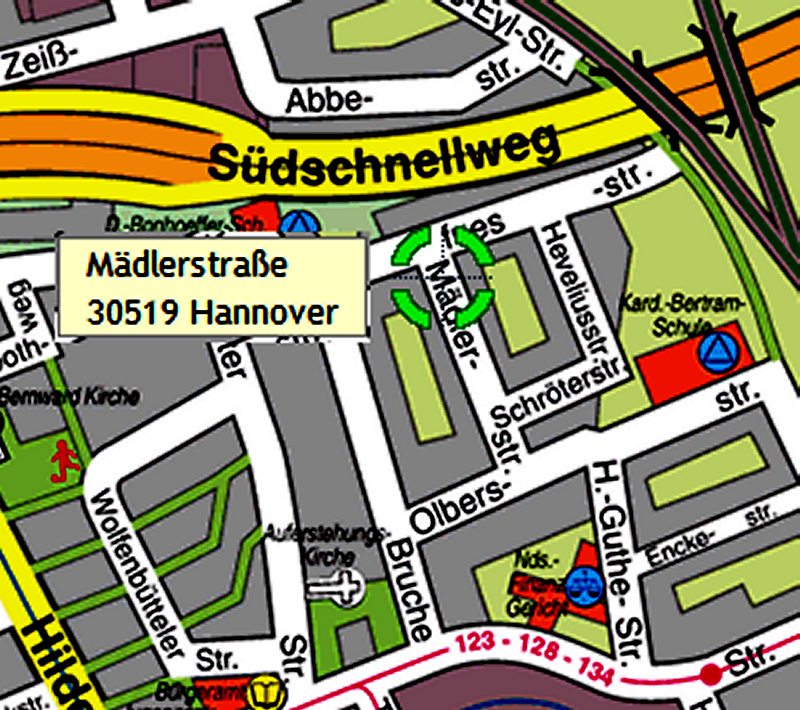 1972 the first globe of the complete moon was presented. The developer is unknown. 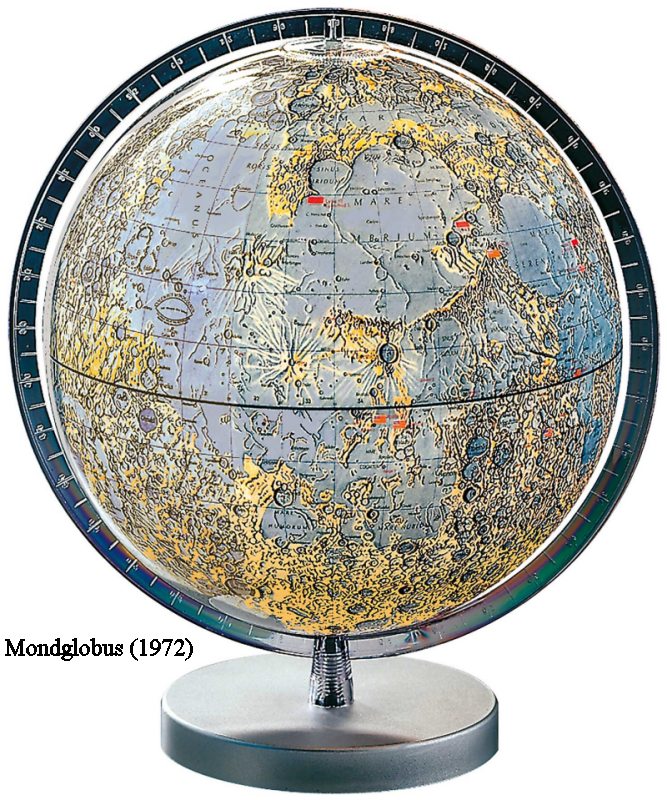 Now it is possible to produce globes of all 398 minor planets in the DAMIT-Data-base.

For a suitable color some S-Class meteorids were checked. But they were very different and not helpfull. 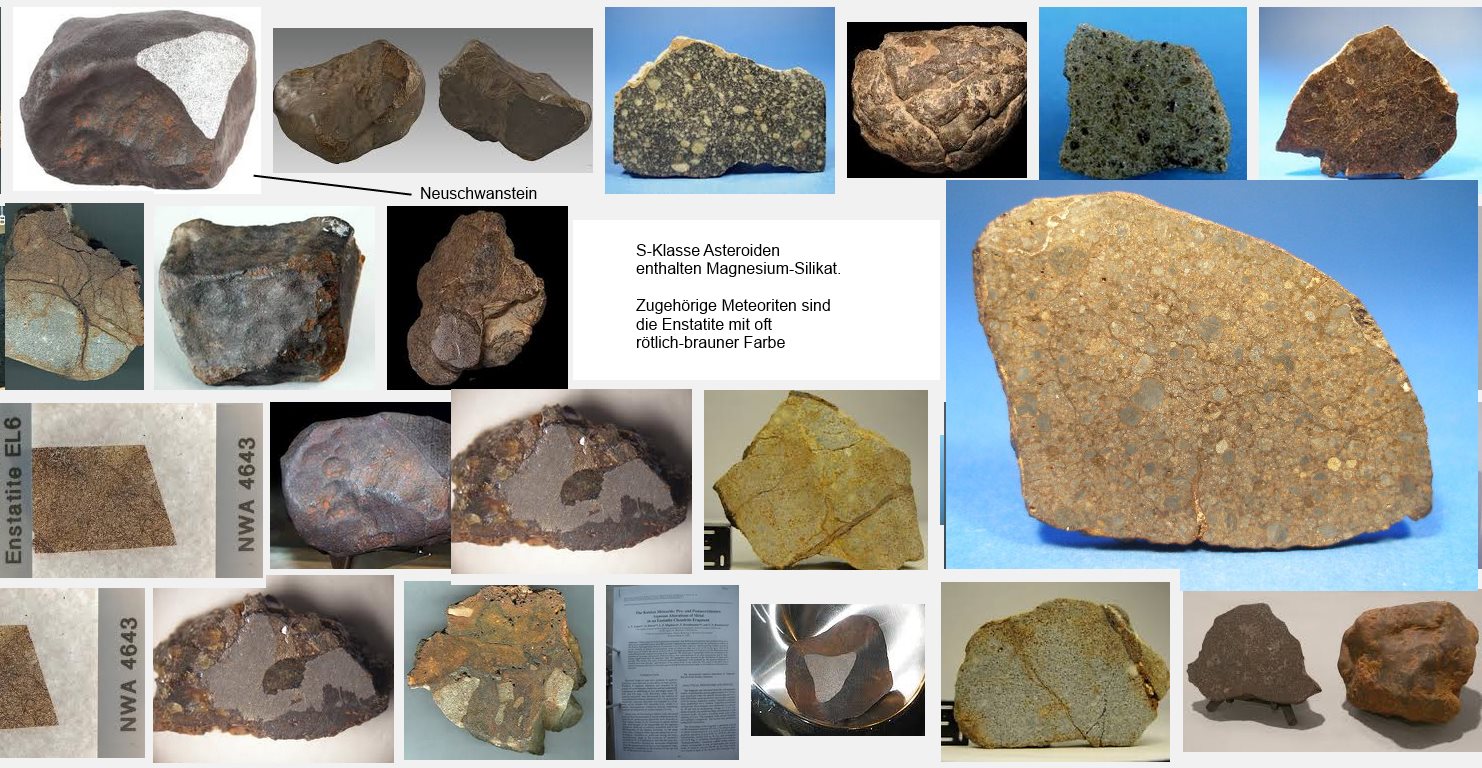 The second idea was to make a photometry of a box with water-colours. The suitable color should be between black and ocher. Several trys bring the best result with an albedo of 15% and a relation green:red of 1:1,16 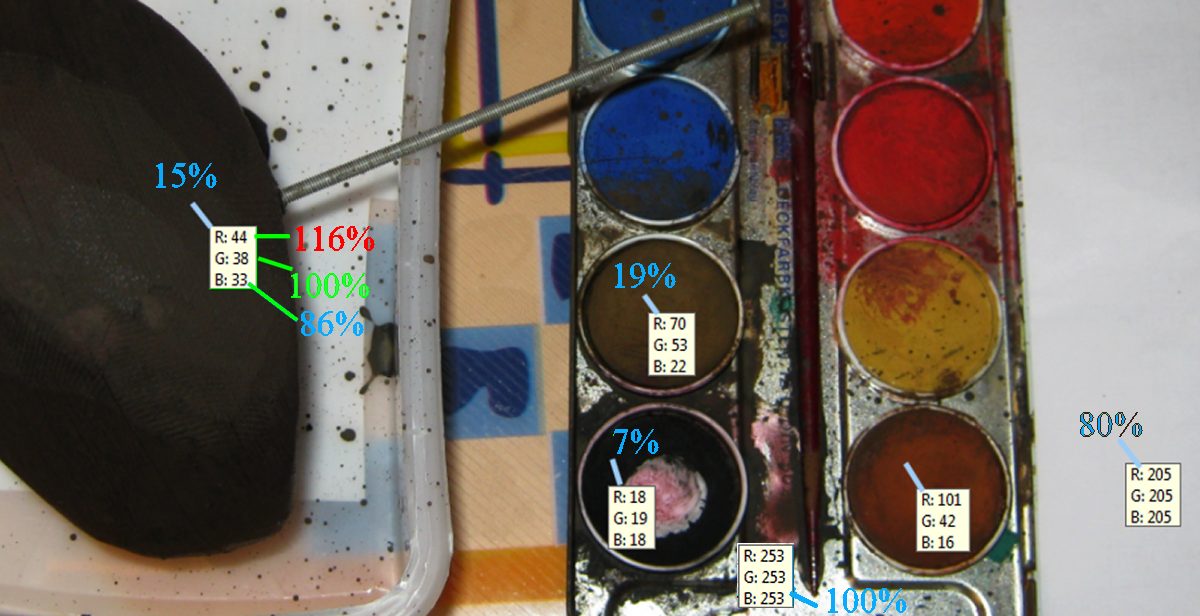 Now it is possible to simulate the perspective and light-direction of several positions. The following picture show the situation during the occultation of March 7. at 2014. 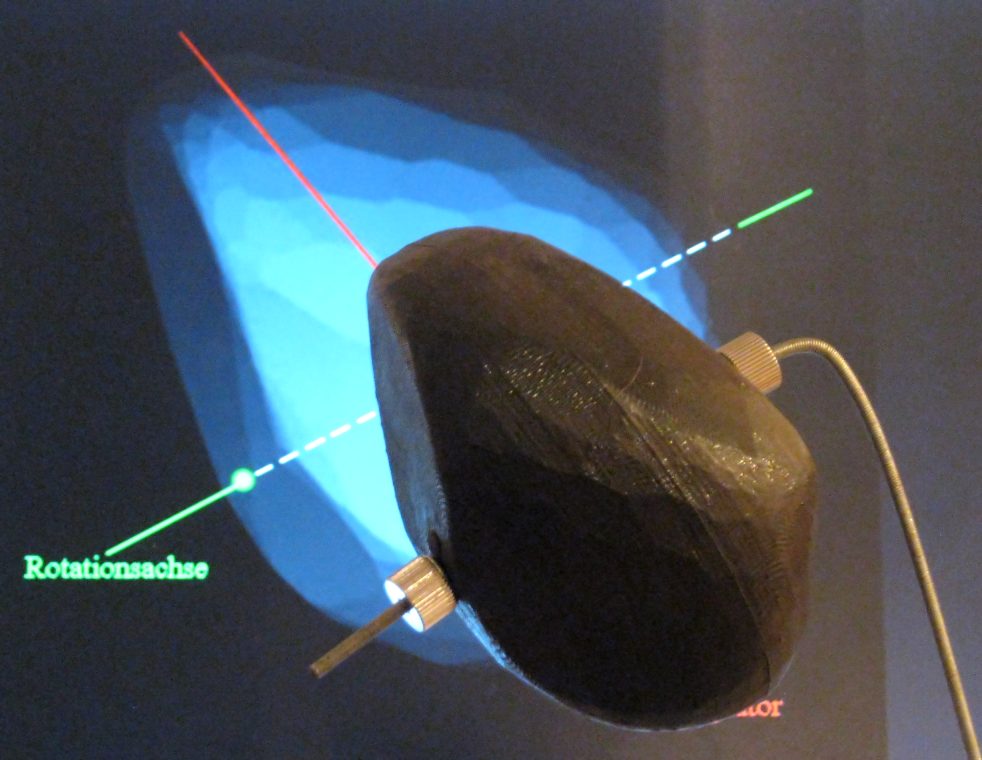